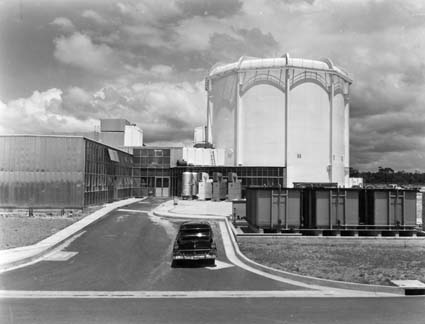 I felt fine when I fell asleep by 10pm. I awoke at 1am writhing in pain. The ringing in my ears was deafening, and I felt a sudden urge to vomit. ‘Help me!’ I moaned, ‘They’re radiating me!’ I couldn’t escape the escalating nausea and ran outside to vomit. This happened twice. On the second round I threw up bitter bile. I prayed to God to make it stop. I thought I was dying…

Two days later, during therapy, I realised I had experienced another flashback. For some reason, I was injected with radioisotopes at age 6 years. I can’t recall why, as I don’t think anyone told me. Usually Gittinger would explain what he was doing and why he was doing it as he did it. But I doubt this was the case when they were injecting me. I have a faint image of staff in white lab coats. That’s all. I also recall the words ‘isotopes’ being uttered. I have always associated the term ‘PET scan’ with this experience but can’t tell you why.

Here is a list of potential uses of radioisotopes provided to me by a medical doctor friend:

I visited my real paternal grandfather in Poland in 1990. While there I noticed the apples growing in my grandfather’s communal garden were deformed, coated in large lumps. When I asked what was wrong with them, Jadek replied, ‘Ah, Chernobyl.’ Later I was watching Polish news on a black and white TV set with the family. A news story featured a rabbit with bird wings. ‘What’s that?!’ I exclaimed. ‘Ah, Chernobyl,’ the family responded, unaffected.

My experiences in Poland bothered me. They made me ponder this fact: Radiation can alter the DNA code within any cell. I think this is a major clue to what the CSIRO, which was based at the Lucas heights nuclear reactor, were using radioisotopes for. ANSTO now have cyclotrons as well as reactors, enabling them to develop a wider range of nuclear materials for scientific research purposes. Remember, the CSIRO develop viruses, vaccines, and they genetically engineer plants and animals. Here are some more relevant points to consider:

There is more to the Project MK-NAOMI and their viral research than we think.

Note that the CRISPR-Cas9 was adapted from a naturally occurring genome editing system in bacteria. The bacteria capture snippets of DNA from invading viruses and use them to create DNA segments (called ‘CRISPR arrays’). The CRISPR arrays let bacteria ‘remember’ the viruses (or closely related ones). To use CRISPR/Cas9, scientists first identify the sequence of the human genome they wish to edit. Then they create a specific Guide RNA to recognise that particular stretch of A-T-G-C in the DNA. The Guide RNA is attached to the DNA cutting enzyme Cas9, and then this complex is introduced to the target cells. It locates the target letter sequence and cuts the DNA. At that point, scientists can then edit the existing genome by either modifying, deleting, or inserting new sequences. It makes CRISPR a cut and paste tool for DNA editing.

If you want an indication of what has been occurring at ANSTO and the CSIRO, research the CVs of the scientists employed there, and what they were doing immediately prior to working there (sometimes there is a discrepancy between their previous work, and their ANSTO job description). For instance, some folks are into transfection, the process of artificially introducing nucleic acids (DNA or RNA) into cells, via an alternative means other than viral infection; this alters the cells’ properties. Transfection is used: to study gene function and regulation, to produce transgenic organisms, and as a method of gene therapy. If this is what employees are doing today, this indicates what the Lucas Heights scientists were secretly up to 40 years ago.

The relevance of radiation to genetic engineering and virology makes sense of the countless thousands of subjects unwittingly recruited for clandestine radiation experiments performed by MK-ULTRA doctors in the USA, and which became the subject of the 1994 Advisory Committee on Human Radiation Experiments.

The genetic engineering and virology processes I mention here are consistent with the Huxleyan eugenicist / trans-humanist agenda, and my childhood experiences at the CSIRO nuclear reactor facility at Lucas Heights.