BOND UNIVERSITY Psychologist and former President of the APS, Bob Montgomery, who was charged with the historical rape of 3 x 12-year old Boy Scouts, has had his matter adjourned until October 2019. He remains on bail. 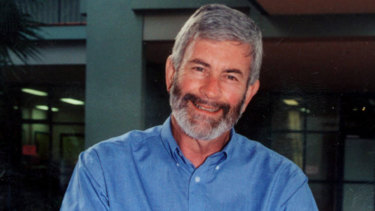 Bob Montgomery wrote court reports that helped determine custody disputes, namely where a parent was accused of sexually assaulting their own child. The accused pedophile psychologist wrote reports that influenced the courts to place the abused child with the alleged pedophile parent.

According to a recent ABC article:

One mother, who was sent to the psychologist in 2013 after alleging her three-year-old daughter was abused by her father, told the ABC the psychologist had made her feel extremely uncomfortable.

Greta* said he implied she may not be satisfying her husband sexually and even if he had abused their daughter it did not mean he couldn’t have a relationship with the child.

“He was kind of overly physical with me. He kept touching my arm and my leg. It made me feel creeped out. He said weird things. He kept telling me that he knew about real paedophiles and that they would show up on [psychometric] tests,” she said.

“My first impression was ‘this isn’t going to go well’.”

The psychologist’s family report was never provided to the court.

However, in another case the psychologist’s report recommended the child “continue to live with [the father]” after the mother raised allegations of sexual abuse, saying he “found no significant evidence” the abuse had occurred.

At the time of the family report interviews the psychologist had not been charged with any offences. It is alleged the offending occurred many decades ago.

University of Queensland professor Patrick Parkinson, said a child sex abuse conviction could “absolutely” give a parent grounds to seek to quash custody rulings linked to the psychologist. 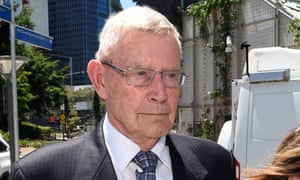 Breaking news: The daughter of former Australian Prime Minister Paul Keating is said to be the mystery brunette waving at pedo Prince Andrew while leaving child trafficker Jeffrey Epstein’s New York mansion in 2010 – following Epstein’s 2008 conviction for raping kids. Evidently, the children of VIPs have no moral objection to pedophilia.

IN 2015, I reported Paul Keating to the NSW and Federal Police regarding my having witnessed the aftermath of Paul Keating’s rape and murder of a young boy on a remote Kurnell beach in Sydney’s south-east.

Know them by the company they keep…

For a detailed account of my experience of the child sex trafficking network that Jeffrey Epstein procured kids for, and which services VIPs like Prime Minister Paul Keating, download my FREE book here:

When privilege becomes a curse: How Katherine Keating used her status as PM’s daughter to befriend royals and infiltrate New York’s high society – and why she has gone into hiding since being linked to Jeffrey Epstein, Josh Hanrahan, Daily Mail, 24 August 2019

… Ms Keating’s involvement with Epstein came courtesy of the connections she has cultivated through her family name. In 2002, at just 20 and while studying arts at the University of New South Wales, she became a member of then NSW Premier Bob Carr’s personal staff. She left that role in mid-2003, but remained an advisor to the NSW Labor government until 2005…

For your FREE copy of Fiona’s Book, click on this LINK.